[ Adapted from an article, cited below, for research purposes AND to make it easier for our always-helpful veterinarian to understand our way of handling our beautiful menagerie DOES NOT INCLUDE VACCINES.... ]

Why should you -- or we-- believe that vaccination of our pets is any more effective than the human medical data shows. Where's the data?

(NaturalNews) Do vaccines actually protect against the viruses and illnesses that they claim to? If you only get your news and information from mainstream news and educational sources, then the question about whether vaccines are effective is never even raised. However, if you look at the historical data on vaccination efficacy, you'll see that they are not responsible for the decline in disease in the last hundred years at all. 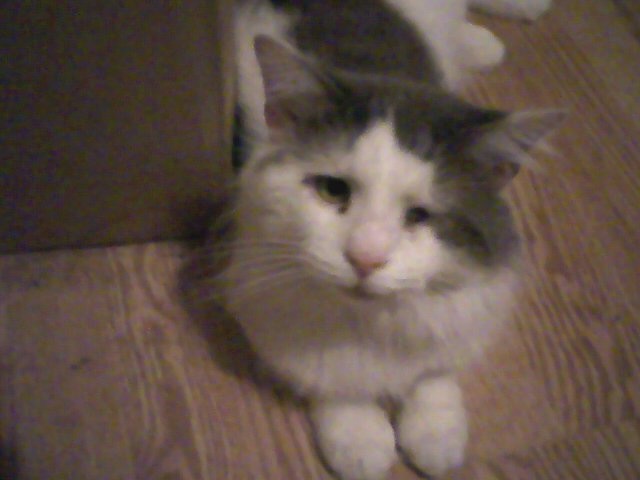 [[ Earnestly now..., right? ]]
Take a look at some of the historical data below showing various vaccination programs and the outbreak of that very disease either immediately or barely a few years later.

-In 1871-2 England, with 98% of the population aged between 2 and 50 vaccinated against smallpox, it experienced its worst ever smallpox outbreak with 45,000 deaths. During the same period in Germany, with a vaccination rate of 96%, there were over 125,000 deaths from smallpox. (The Hadwen Documents)

- In 1967, Ghana was declared measles-free by the World Health Organization after 96% of its population was vaccinated. In 1972, Ghana experienced one of its worst measles outbreaks with its highest ever mortality rate. (Dr. H. Albonico, MMR Vaccine Campaign in Switzerland, March 1990)

- In the UK between 1970 and 1990, over 200,000 cases of whooping cough occurred in fully vaccinated children. (Community Disease Surveillance Centre, UK)

- In the 1970s, a tuberculosis vaccine trial in India involving 260,000 people revealed that more cases of TB occurred in the vaccinated than the unvaccinated. (The Lancet 12/1/80 p73)

- In 1977, Dr. Jonas Salk, who developed the first polio vaccine, testified along with other scientists that mass inoculation against polio was the cause of most polio cases throughout the USA since 1961. (Science 4/4/77 "Abstracts")

-The February 1981 issue of the Journal of the American Medical Association found that 90% of obstetricians and 66% of pediatricians refused to take the rubella vaccine.

- In the New England Journal of Medicine July 1994 issue, a study found that over 80% of children under 5 years of age who had contracted whooping cough had been fully vaccinated.

- In 1990, the Journal of the American Medical Association had an article on measles which stated, "Although more than 95% of school-aged children in the US are vaccinated against measles, large measles outbreaks continue to occur in schools and most cases in this setting occur among previously vaccinated children." (JAMA, 21/11/90)

Medical deception
So what are some of the true reasons for the decrease in disease in the last century? From his book Health and Healing, Dr. Andrew Weil said it best with the following statement:

"Scientific medicine has taken credit it does not deserve for some advances in health. Most people believe that victory over the infectious diseases of the last century came with the invention of immunizations. In fact, cholera, typhoid, tetanus, diphtheria and whooping cough, etc, were in decline before vaccines for them became available - the result of better methods of sanitation, sewage disposal, and distribution of food and water."


Sources for this article include:

About the Natural News author: Rich is a network engineer and longtime practitioner of Chinese martial arts, medicine and chi-gung for over twenty six years.
Taken for research from:
http://www.naturalnews.com/042729_vaccines_historical_data_decline_in_disease.html


And current history is no different. Maybe worse. Just another example. there's a startling event on effective-NOT-ness of even the latest vaxes from the USNavy's experience. Their ship (the U.S.S. Ardent) went out to sea with 99% vaxed for the latest flu and 25-some% developed the flu within 3 days... how does that work?? Induced weakness!

On top of that there's the latest whistleblower's evidence (see Jon Rappoport's series as the facts emerged last August) that the CDC, under the direction of their head, ordered the researchers to delete significant data in order to condemn anti-vax voices and HIDE THE CONNECTION BETWEEN THE MMR (Mumps-Measles-Rubella) VAX by MERCK --and, drum roll-- AUTISM SPECTRUM....After which that CDC head was promoted to be CEO of Merck's Vaccine Division... fully knowable as treachery and institutional untrustworthiness....

And the evidence keeps rolling in... India is suing Bill & Melinda Gates over the vax-caused deaths they promoted... and on and on.

Our own personal experience with our technology, using a technique advocated by Edgar Cayce and explainable in microbio terms, uses an eye-dropper of 1% baking soda solution in pure water, in each nostril every night to make the surface of contact with rhino viruses slightly alkaline. That environment slows the growth of rhino viruses to the point where my own body can mount an effective defense. Which defense is guaranteed by careful living, nutritionally and sensible sleep and pure air and water, etc all part of the hippocratic/Pauling concept. Not a single cold or flu for the twenty some years of using this practice for the sum of pennies a year, and all healthy, with no risks of toxicity nor accidents, like not fully dead vax-sources (like the terrorizing learning experience we had with little Butterscotch, our Phoenix cat's story), nor mercury preservatives, nor the related financial association to support treacherous institutions. Hope you'll understand.

Talk to you later about our related new approach to cat care, that we are calling ortho-natural because of our choices of protocols that are based on Dr Linus Pauling's ideas of orthomolecular organic biological chemistry as well as the naturopathic/hippocratic preference for nutrients and body-source treatment, including hyperbaric oxygen..

And one more thing...

[[ Kindly now.... really kindly ]]
Kindly share this with your technicians with whom we have been discussing such avoidance of vaccinations... Thank you, very much DrDan.... ttyl --
Posted by indymichael at 3:43 PM